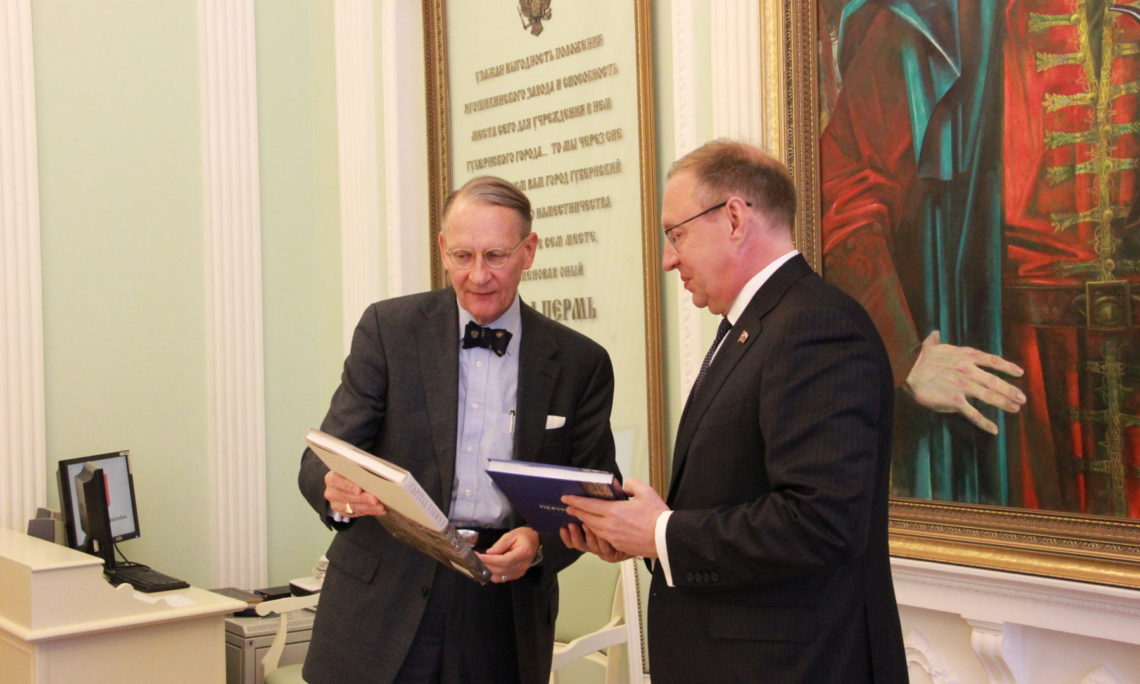 On June 12-13, 2018, at the invitation of the Mayor of Perm, Dmitry Samoylov, U.S. Consul General Dr. Paul Carter took part in the celebration of the City Day. Perm celebrated its 295th birthday. During the official meeting, Mayor Samoylov told the Consul General about the city and its prospects for economic and social development. Dr. Carter also met with the representatives of international sister cities of Perm, including a delegate from Louisville, Kentucky.