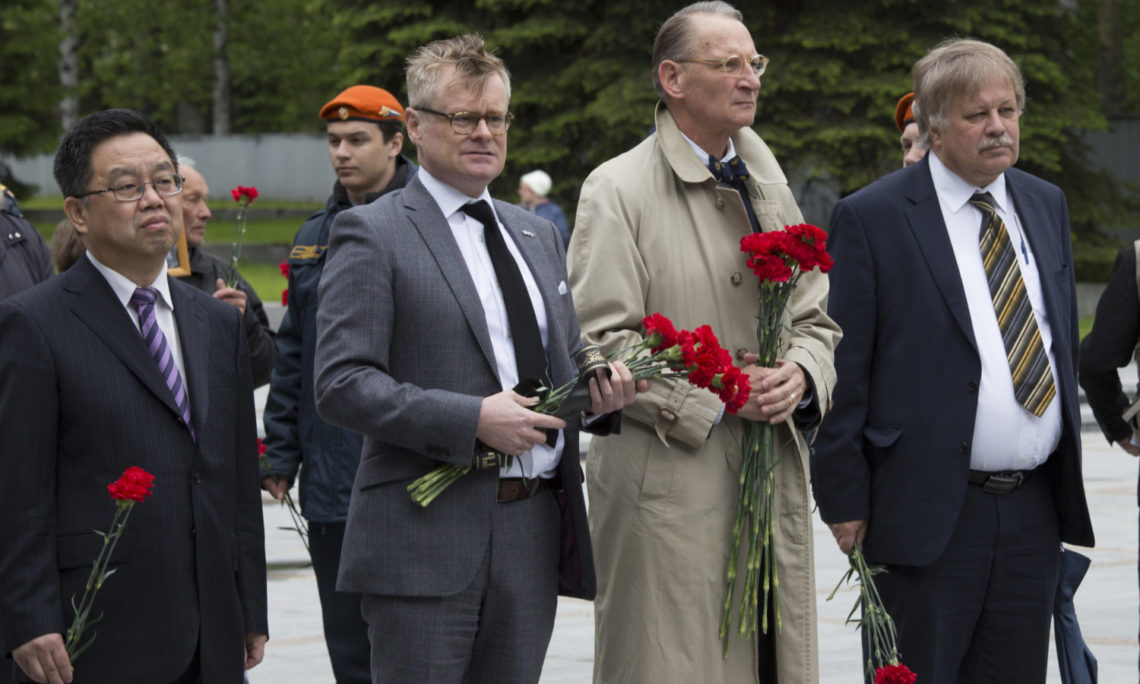 Representatives of the diplomatic corps in Yekaterinburg at the ceremony June 22, 2018

On June 22, 2018, U.S. Consul General Dr. Paul Carter, along with other representatives of the diplomatic corps in Yekaterinburg, took part in a ceremony dedicated to the memory of the victims of the Great Patriotic War. The Consul General was deeply touched by the broadcast of the historical record of the announcement of the beginning of the war, which the Soviet people heard on the radio on June 22, 77 years ago. As Dr. Carter noted, “we will always remember the common victory in the World War II.”