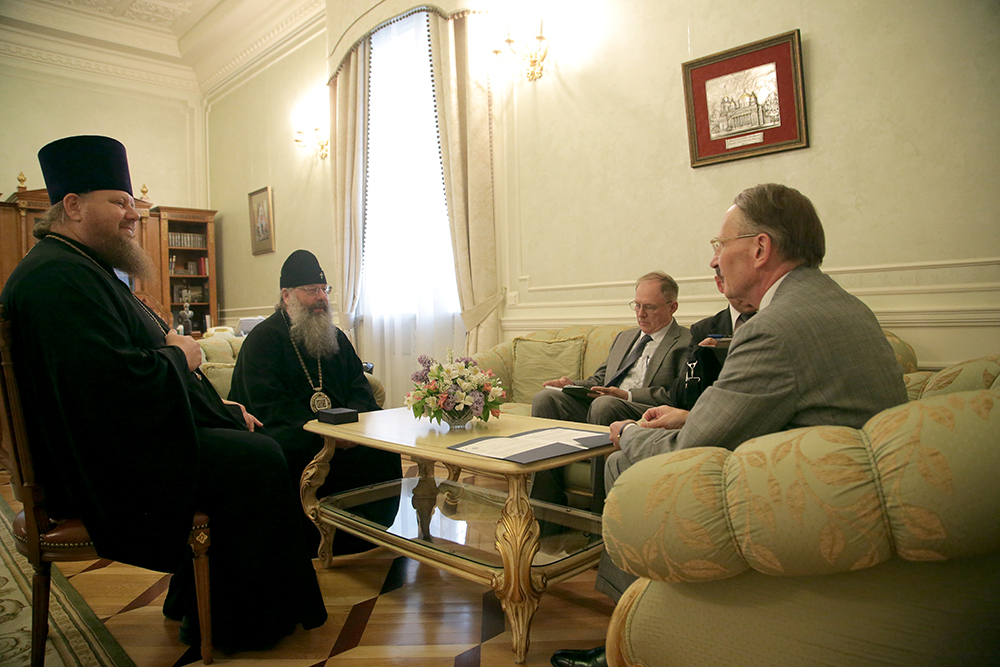 Consul General Paul Carter met with the Metropolitan of Yekaterinburg

On June 18, 2018, Consul General Dr. Paul Carter met with the Metropolitan of Yekaterinburg and Verkhoturye. Over a cup of tea, Metropolitan Kirill spoke about the events that will mark the 100th anniversary of the murder of the Russian Tsar’s family this year, the annual service on the night of July 16-17, and the subsequent procession to Ganina Yama monastery where the royal family was buried. The Metropolitan also discussed plans for the future construction of a new St. Catherine Church and noted that the original had been founded in 1723.

Consul General Carter and the Metropolitan discussed how the attitude towards the Russian Orthodox Church changed in pre-Petrine times and imperial Russia, in the Soviet Union and the post-Soviet period. Consul General Carter presented Metropolitan Kirill with his book about the Soviet ideologist M.A. Suslov, published in Russian at the Moscow State University and recently reprinted in Yekaterinburg.

After the meeting, the senior priest conducted a tour for the Consul General of the  newly refurbished Church-on-the-Blood.