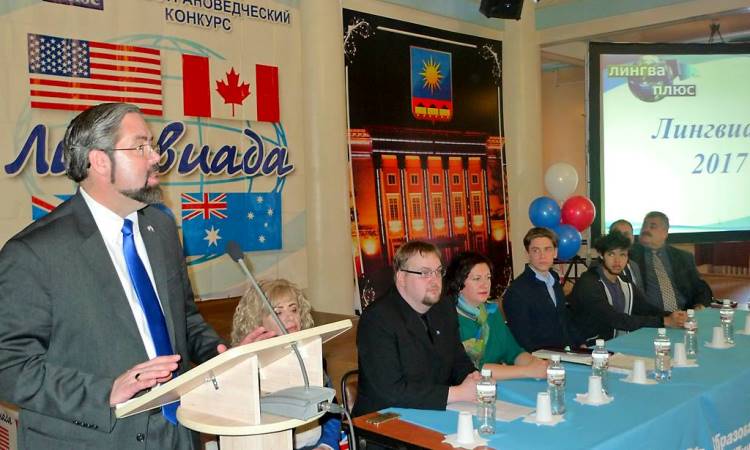 On March 15-17, Consul General Michael Keays participated in the annual English Language Olympiad for young learners, ages 13-18, in the city of Artyom near Vladivostok.  More than 700 participants from around Primorskiy Krai took part in this 3-day language and cultural event.  The Consul General greeted students, parents, and educators with welcoming and served as chairman and judge for an American Studies session and during quizzes focused on American Presidents and various aspects of presidential biographies and achievements.  English ACCESS Micro Scholarship Program students also participated in the events.  Consul General Keays awarded contest winners with prizes in each category for different age groups. 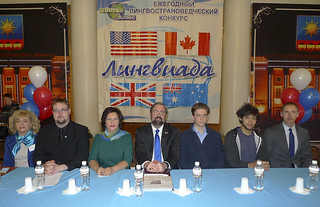