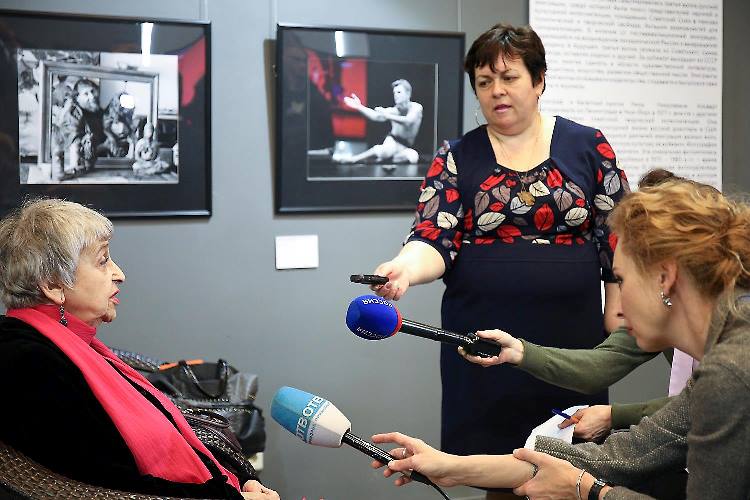 On May 2, the U.S. Consulate General and Primorskiy Kray Arseniev Museum opened the exhibit “Connecting Shores: Cultural Mission of the Third Wave of Russian Emigration.” The event highlighted the contributions of the so-called “third wave of Russian emigration” – a process which started in the 1960s and ended with the beginning of perestroika – to Russian, American, and international culture. The exhibit consisted of two main parts. One room exhibited 45 photos of famous Soviet emigrants taken by world-renowned Russian-American photographer Nina Alovert. The second room showcased various periodicals published by Soviet dissidents in the United States from this time period. As Ms. Alovert, who arrived to Vladivostok from New York, stated in her opening remarks, many of her fellow countrymen left Soviet Union because they were unable to freely exercise their talents; America presented them with this freedom, and some immigrants indeed were able to greatly enrich world culture. Museum visitors had a chance to see unique photos of such stars as ballet dancer Michael Baryshnikov, poet Joseph Brodsky, writer Sergey Dovlatov, sculptor Ernest Neizvetsnyy, artist Mikhail Shemyakin, and many others. Newspapers and magazines from the museum archives portrayed everyday realities of immigrant life and their endeavors to preserve Russian culture. In his preface to the exhibit catalogue, Vladivostok Consul General Michael Keays summarized the importance of the event by stating the exhibit reminds us “there is more that unites than divides Americans and Russians,” that the “rich cultural legacy of the third wave of Russian emigration is our joint heritage.” The exhibit was the cornerstone of additional, robust public diplomacy activities. Nina Alovert conducted separate 1.5 hour Q&A sessions at the museum and at a local book store. Each event was followed by prolonged autograph session: fans of the Russian emigrant writer Sergey Dovlatov stood in line to get Nina Alovert’s signature on her photo book (the publication of this book celebrating Dovlatov’s 75 anniversary was a previous high-profile PD project carried out by the Consulate and the local journalism community in September 2016). All events were widely covered in local and national media. Ms. Alovert conducted two in-studio TV interviews, two paper interviews, and participated in an hour-long live radio talk-show. 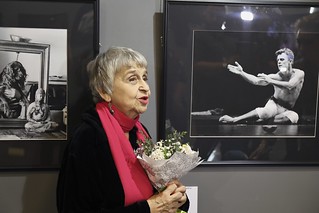