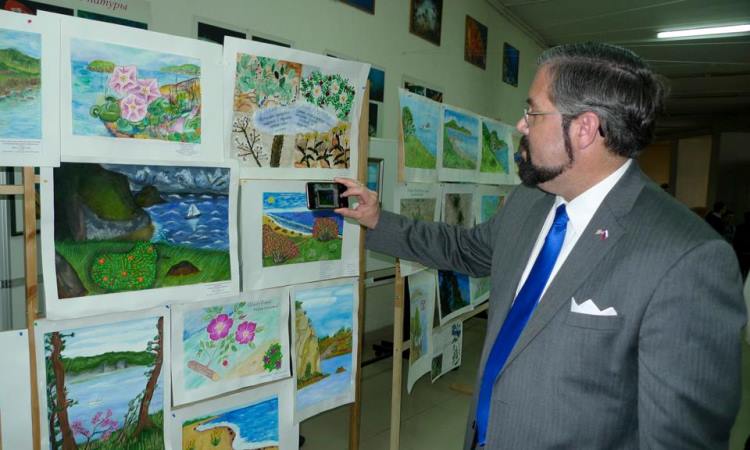 On May 12, U.S. Consul General Michael Keays participated in the XIII Primorskiy Kray Scientific-Practical Conference, and joined international participants who celebrated “Rhododendron Day” for young learners aged 7-16. ‎The effort brought together over 300 participants from Vladivostok and rural communities across Primorskiy Kray, as well as high-school students from the United States and Japan. In his welcoming remarks Michael Keays stressed the importance of the international conference, which included the participation of high-school students from three Seattle schools. The Seattle students presented on the topic “Adaptation and the role of plants on the Washington state coastline.” ‎ CG Keays awarded 20 students with certificates from the U.S. Consulate General for the creativity and originality of their projects. He was very impressed by the high-level of knowledge, talent, and hard work and dedication to the environment displayed by the attendees.