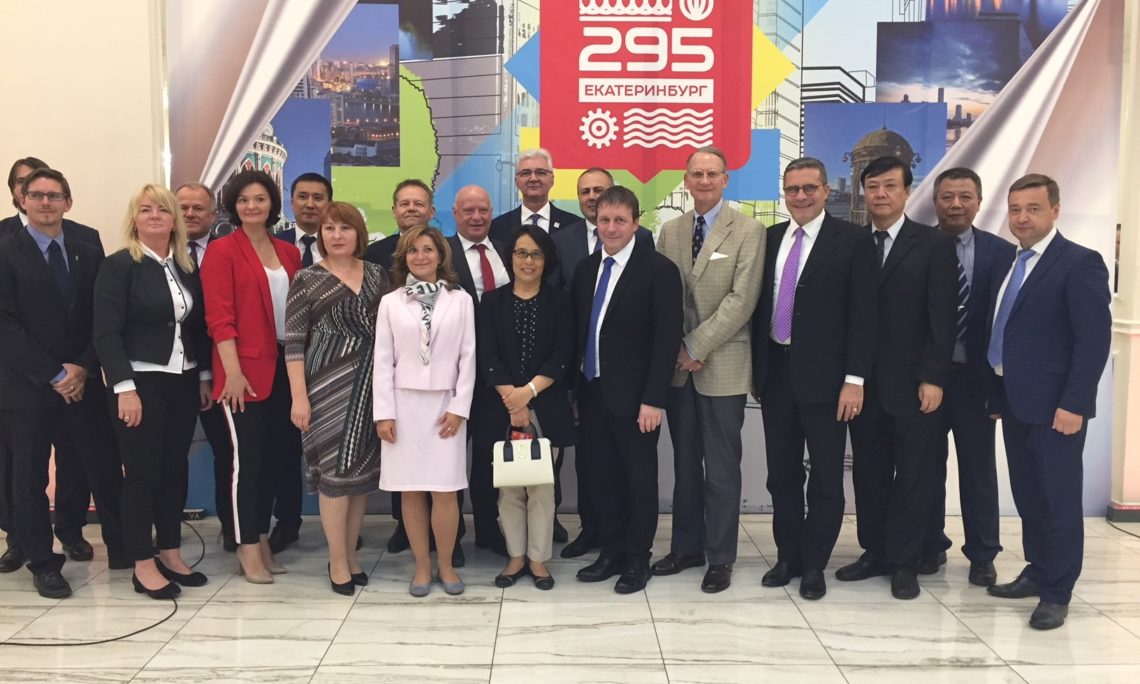 At the City Day in Yekaterinburg

On August 18, U.S. Consul General Dr. Paul Carter, together with the diplomatic representatives of other foreign countries in the Urals, congratulated the city of Yekaterinburg on its 295th anniversary. The U.S. Consulate General was the first diplomatic mission to open its doors in Yekaterinburg in 1994, and since that time the Consulate has worked to develop ties between Yekaterinburg officials, educators, artists, businesspeople, journalists, and others with their American counterparts.