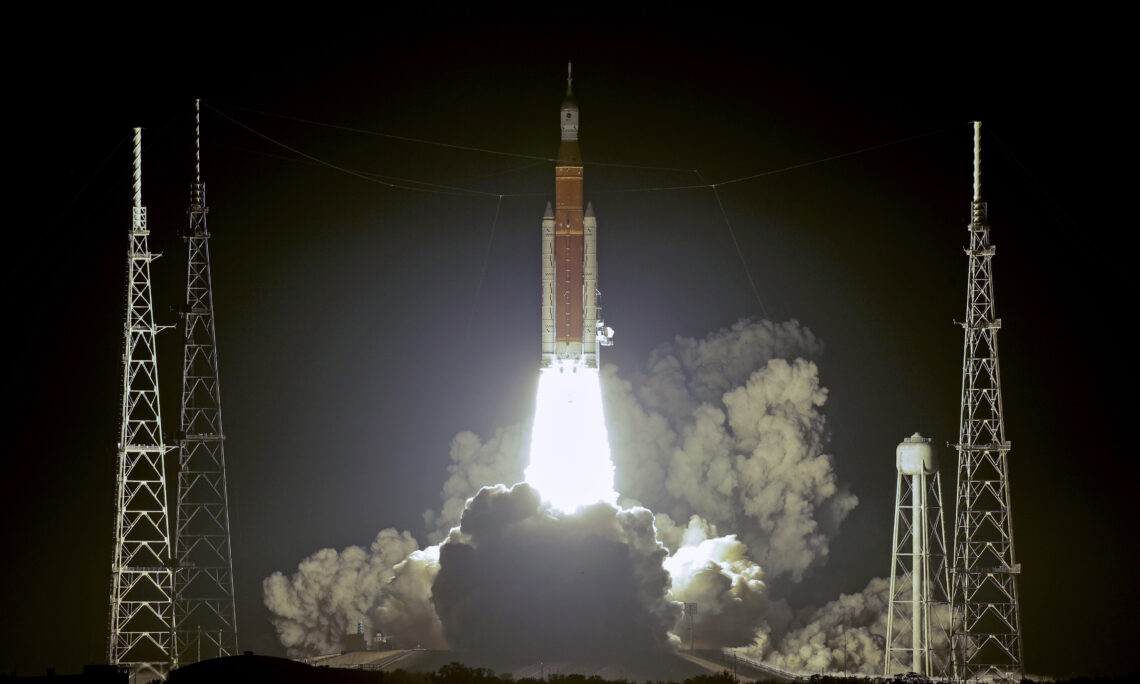 NASA's new moon rocket lifts off from Launch Pad 39B at the Kennedy Space Center in Cape Canaveral, Fla., Wednesday, Nov. 16, 2022. This launch is the first flight test of the Artemis program. (AP Photo/John Raoux )

With the successful launch of Artemis I, NASA has embarked on its latest mission to explore the unknown for the benefit of humanity. This uncrewed flight test is the first in a series of complex missions that will land the first woman and first person of color on the Moon, while uniting humanity and inspiring the next generation through deep space exploration.

Today’s successful launch is the result of multilateral cooperative efforts to explore space, achieve a sustainable and robust presence on the Moon later this decade, and prepare to conduct a historic human mission to Mars. Through the Artemis program, the United States is building the broadest and most diverse international human space exploration coalition in history, focused on making scientific and technological discoveries to advance the global alliance’s deep space efforts and return many benefits to our home planet while also creating jobs. We look forward to continued work with international partners on future missions.

With the Artemis Accords, the Department of State and NASA are bringing nations together through a common set of principles grounded in the 1967 Outer Space Treaty to guide civil space exploration, and set the stage for peaceful, responsible, and productive cooperation in outer space.

The United States will continue to work with international partners to ensure a safe, peaceful, and prosperous future in space for all of humanity to enjoy.

NASA’s Artemis program is inspiring the world as it seeks to land the first woman and first person of color on the Moon and conduct a historic first crewed mission to Mars.The Artemis program, comprising a series of robotic and crewed science and exploration missions, is intended to be the broadest and most diverse international human space exploration coalition in history.  Key international participation in the Artemis I mission includes: