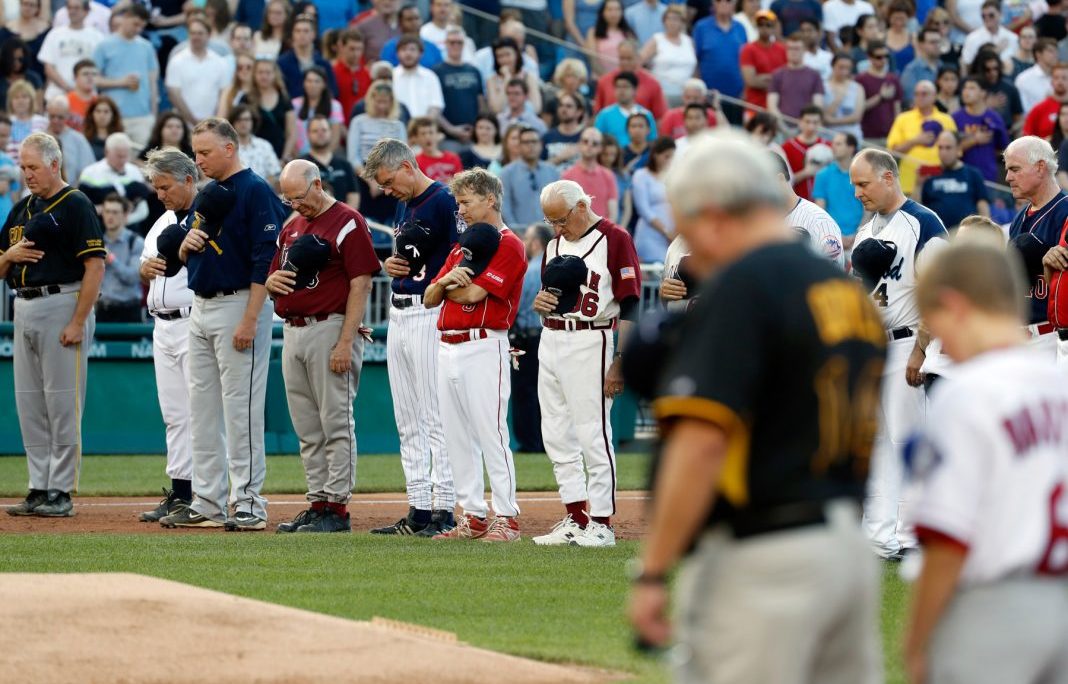 Members of both teams bow their heads for a moment of silence for Representative Steve Scalise before the Congressional Baseball Game on June 15 in Washington. (© AP Images)

One day after a gunman fired shots at members of Congress practicing for the annual Congressional Baseball Game, wounding five people, Republicans and Democrats faced off across the baseball diamond and drew nearly 25,000 fans supporting unity in Washington.

The friendly baseball game, a summer tradition dating back to 1909, is a charitable event that offers a break from typical political partisanship. And despite the shooting, the game was played as scheduled on June 15.

“In Washington we have our disagreements, but we all agree we are here to serve this nation we love and the people who call it home,” President Donald J. Trump said in a video message played on the giant screen just before the game started. “That’s the source of unity, and more than ever we must embrace it.”

On the morning of June 14, as Republican members of Congress and staff practiced for the annual game, a gunman began shooting. U.S. Capitol Police were already on site, and they saved many lives. But five people were injured, including a top Republican congressman, Majority Whip Steve Scalise, and two police officers.

One of those officers, David Bailey, received a huge ovation from the crowd as he threw out the first pitch for the baseball game, held at Nationals Park in Washington.

In the aftermath of the shooting, President Trump urged unity. Congressional leaders from both major political parties swiftly reinforced his appeal.

“Our brave Capitol Police perform a challenging job with incredible skill, and their sacrifice makes democracy possible,” Trump said in a brief statement at the White House. 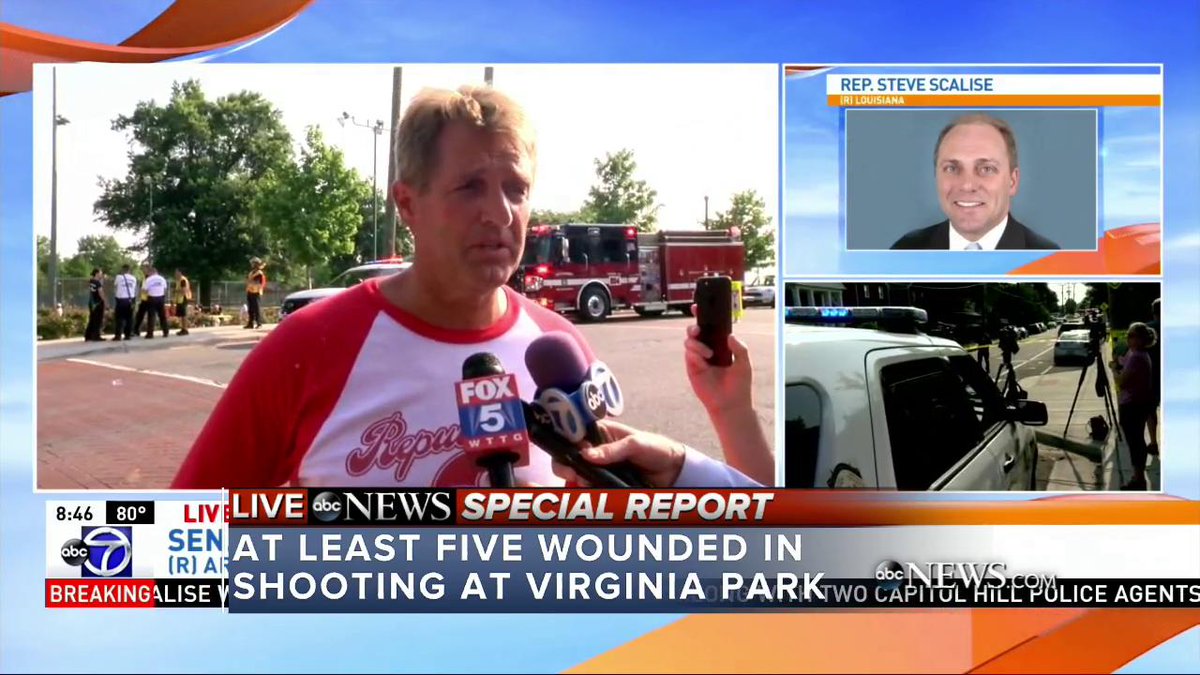 Sen. Flake: “I got Steve Scalise’s phone and called his wife…didn’t want her to wake up and hear the news and not know what was going on.”

During the attack, Democratic lawmakers had been holding their own practice several miles away. When they heard the news, they stopped their practice and gathered to say an impromptu prayer for their colleagues. 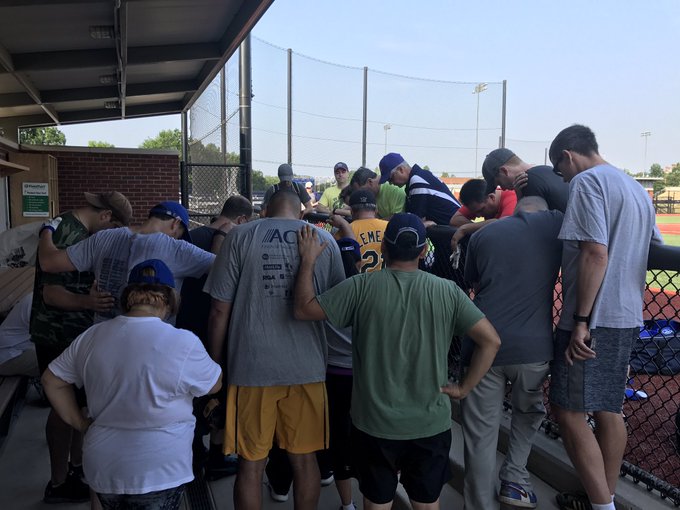 In another sign that Trump’s appeal for unity met with bipartisan approval, top congressional Democrat Nancy Pelosi echoed his words. “On days like today there are no Democrats or Republicans, only Americans united in our thoughts for the wounded,” she said shortly after the shooting.

Democrats showed that feeling of unity at the game. After being awarded the trophy for beating the Republicans 11-2, the team manager for the Democrats gave it to his Republican counterpart to put in Scalise’s office on behalf of the Democrats. 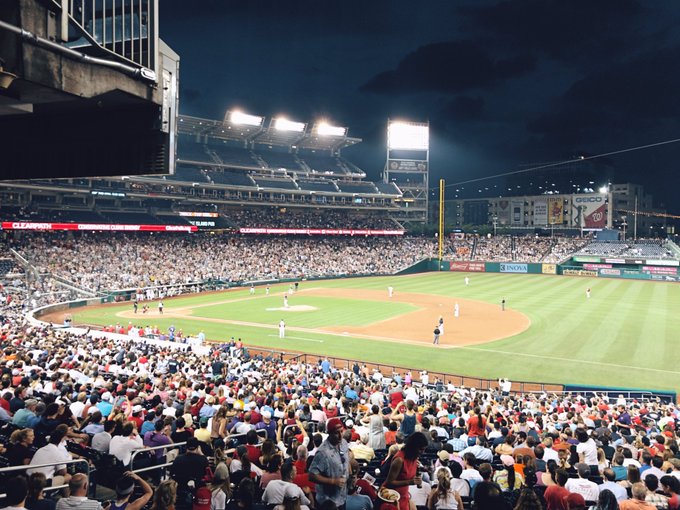