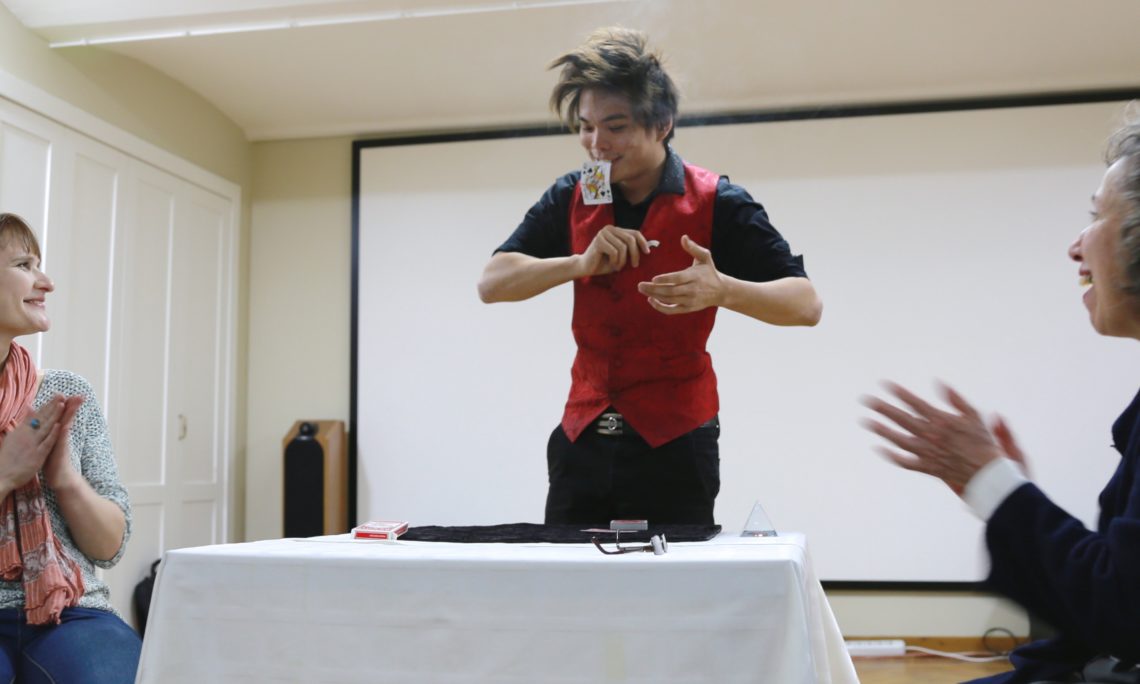 On February 14, American magician of Chinese origin Shin Lim astonished with his art and mastery a large group of St. Petersburg journalists invited to the Residence of the U.S. Consul General in St. Petersburg Thomas Leary. The journalists did not miss the opportunity to ask numerous questions to the presenter after hisperformance and asked to show them the tricks again.

Shin Lim was also invited to the city online news agency Fontanka.ru to demonstrate his art and discuss how he became a magician. The video and interview with the American magician are available here.