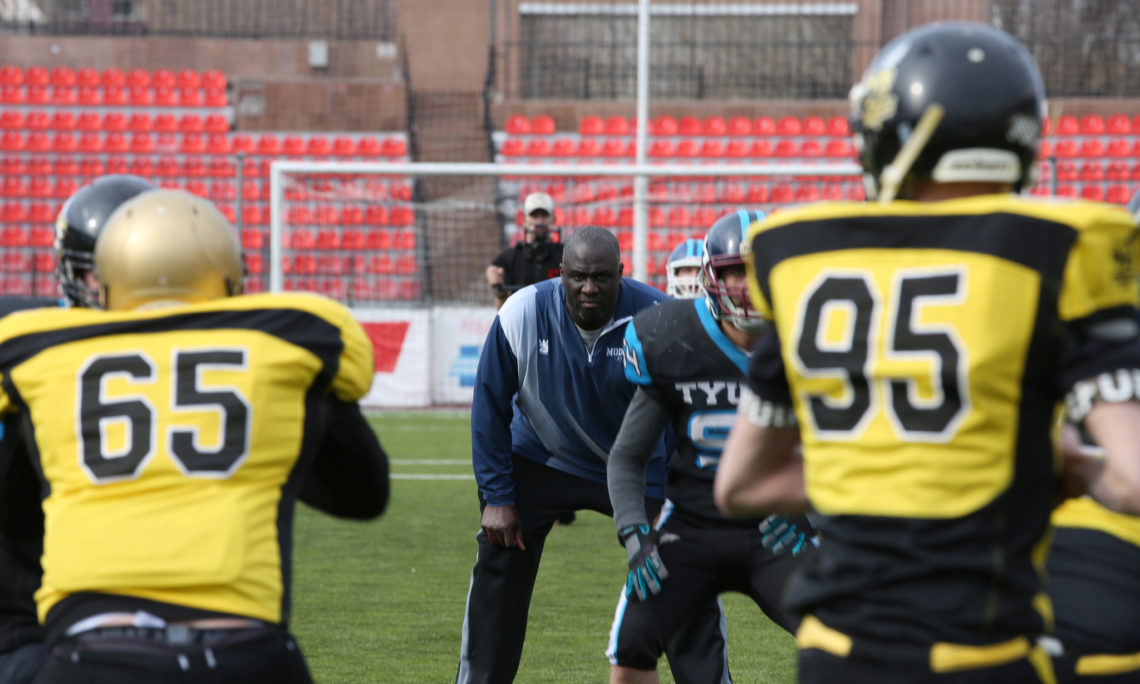 From April 6-11, 2017 a spring training camp on American football, featuring the coaches Billy Elmore and Michael Haynes, gathered more than 100 participants in the Urals and in Western Siberia.  Billy Elmore is the Head Football Coach at West Memphis High School (Arkansas), a two-time state champion.  Michael Haynes played football at Penn State and was a 1st Team All American, 1st Round Draft pick to the Chicago Bears, played 4 years in the NFL, and is now an owner of Modern Day Athletics, a professional development company that works with school districts and organizations across the world (Germany, Great Britain, Panama, Mexico, South Korea, and the United States) on coach education, sports camps, and organizational development.

U.S. Consul General in Yekaterinburg Marcus Micheli greeted the sportsmen and the coaches at the opening of the training camp in Yekaterinburg. The camp was held in two stages – first, 4 days in Yekaterinburg and then, 2 days in Tyumen. It combined lectures, training on the field, and subsequent discussions of the field practices with reviews of film. The camp brought together representatives of 17 different teams, including four women’s teams, from Moscow, Kazan, Samara, Penza, Chelyabinsk, Yekaterinburg, Perm, Tyumen, Kurgan, Novosibirsk and Kyshtym. Haynes and Elmore conducted their first spring training camp in the Urals in 2016, and this year the organizers of the camp, the Yekaterinburg team Ural Lightning, noted that the American coaches, having come for the second time, arranged their lessons to perfectly the level of training of the local athletes. As one of the football players said, “the specialists from the U.S. transfer priceless knowledge, which in Russia is very difficult to obtain.” American coaches were amazed that in just a few days they were able to establish such a positive contact with the players. At the end of the camp, Russian coaches, along with Billy Elmore and Michael Haynes, began planning a possible trip to the States to deepen the experience.