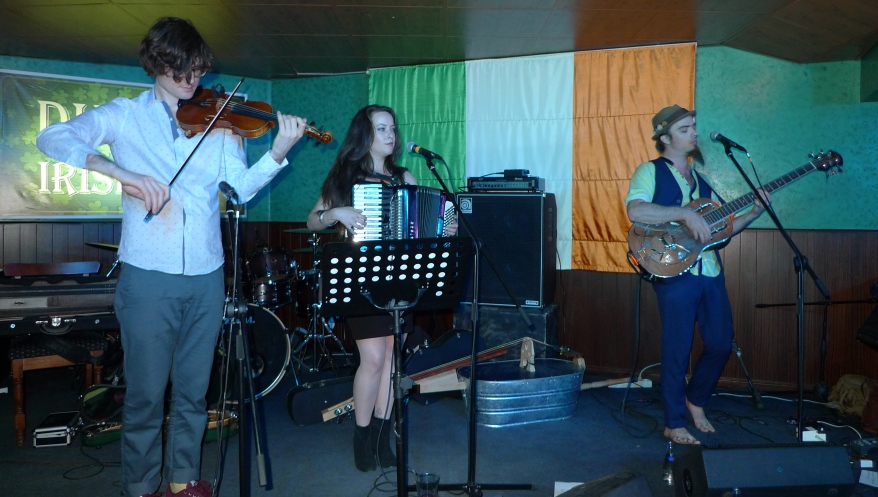 May 10-17 the U.S. Consulate General Vladivostok carried out a multi-event, multi-city music program in the Russian Far East with Portland based folk-rock trio Three for Silver. This music diplomacy program included master-classes and concerts in Artem, Ussuriysk, the settlement of Chuguevka (the first concert of American band in the history of this village), Vladivostok, and Kamchatka, where American musicians performed together with young local musicians at the Kamchatka Music College in Petropavlovsk-Kamchatskiy. After concluding their Far East leg, the band continued on to the Urals, where, with U.S. Consulate General Yekaterinburg’s support will perform in Yekaterinburg, Perm, and a number of smaller towns. Three For Silver are masters of flexibility, able to perform regardless the size of the venue – from coffee-shops to festival stages. Their “acoustic-anything” approach and music that has American folk roots attracted attention of hundreds who saw them play music across big and small towns of Primorskii and Kamchatskiy krai.