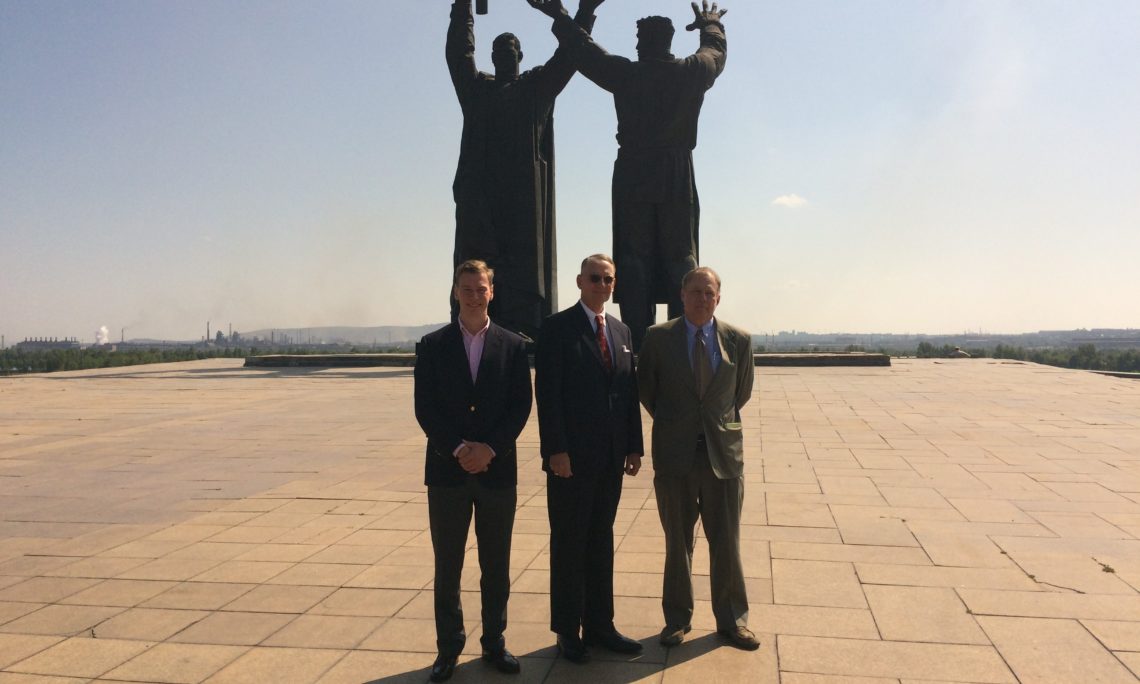 On June 25-26, Consul General Paul Carter visited Magnitogorsk.  Vice-Mayor Valeriy Izmalkov spoke on the huge effort of the Magnitogorsk Metallurgical Plant (MMK) to improve the ecological situation in the region and on city’s plans for the future.  In the MMK Museum the Consul General learned about the history of the city and the plant, in which American company McKee played a key role.