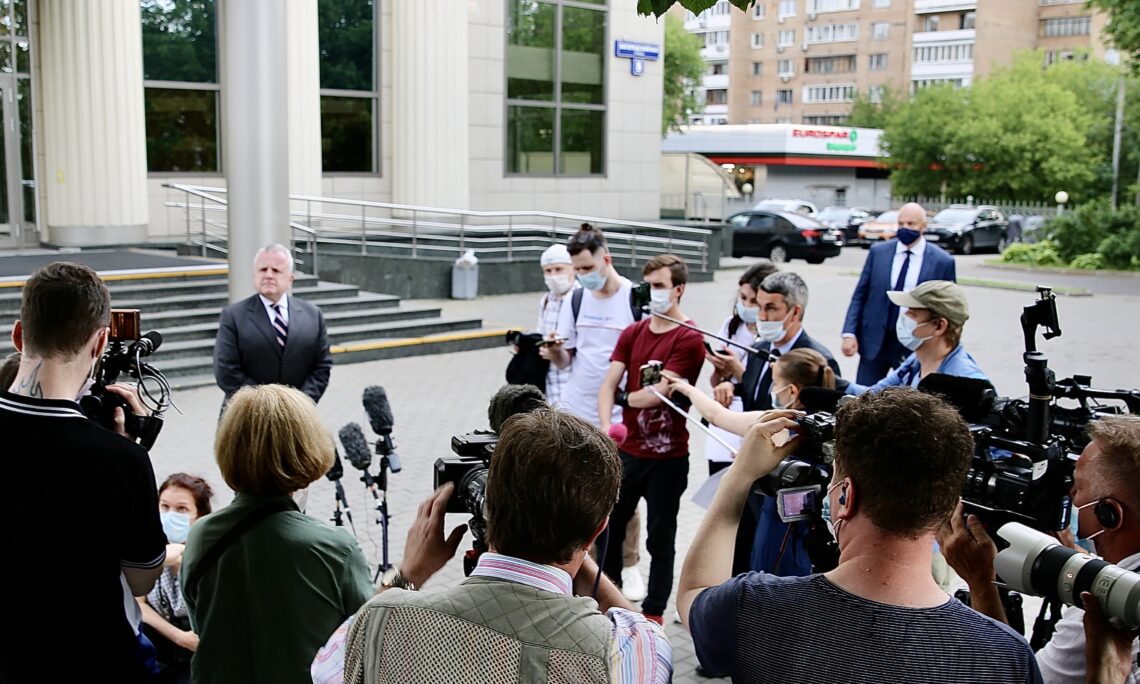 Good afternoon, everyone. I spent this afternoon in the appellate proceeding in Trevor Reed’s case, and the court upheld the judgment against Trevor and the sentence of nine years in prison.
As many of you have heard me say on a number of different occasions here, this is a gross miscarriage of justice. Trevor is innocent. The record that was established at the trial was laughable. I say that literally – that it provoked humor in the courtroom – not today, but during the trial, how shoddy and with lack of evidence against Trevor.

I regret that the appellate court has not corrected this gross injustice, but it does not in any way affect the zealousness with which I and the U.S. government will continue to pursue this matter for Trevor to get him released, so that he can go home and be with his family.

I’ll be happy to take a couple of questions.

Question: Good afternoon, Ambassador Sullivan, welcome back to Moscow. My question is whether Trevor Reed may be included on the list of exchange between Russia and the U.S.

Question: Ambassador, have Russia and the U.S. already agreed on the date when they can have the consultations on strategic stability? And also, when are you going to meet with Deputy Foreign Minister Ryabkov?

Ambassador Sullivan: I’ll be meeting with Deputy Foreign Minister Ryabkov on Thursday, and we have ongoing discussions with the Russian government on scheduling the first set of the strategic stability talks.

Question: Following the summit between President Biden and President Putin, is a possible deal to free Trevor and Paul Whelan being discussed? Are talks now in planning?

Ambassador Sullivan: As I mentioned, both Trevor’s case and Paul Whelan’s case were discussed by President Biden with President Putin. I expect future discussions between our governments on getting both of those Americans released. They are a high priority for me, a high priority for the President. I won’t say anything more about the substance of the talks.

Question: You have seen Trevor today. How does he look like? Does he have a message to the United States authorities and to his parents?

Ambassador Sullivan: My colleagues and I were able to speak with Trevor today. He is doing as well as can be expected under the circumstances. He is a remarkable and resilient young man. And I won’t say anything more than that.