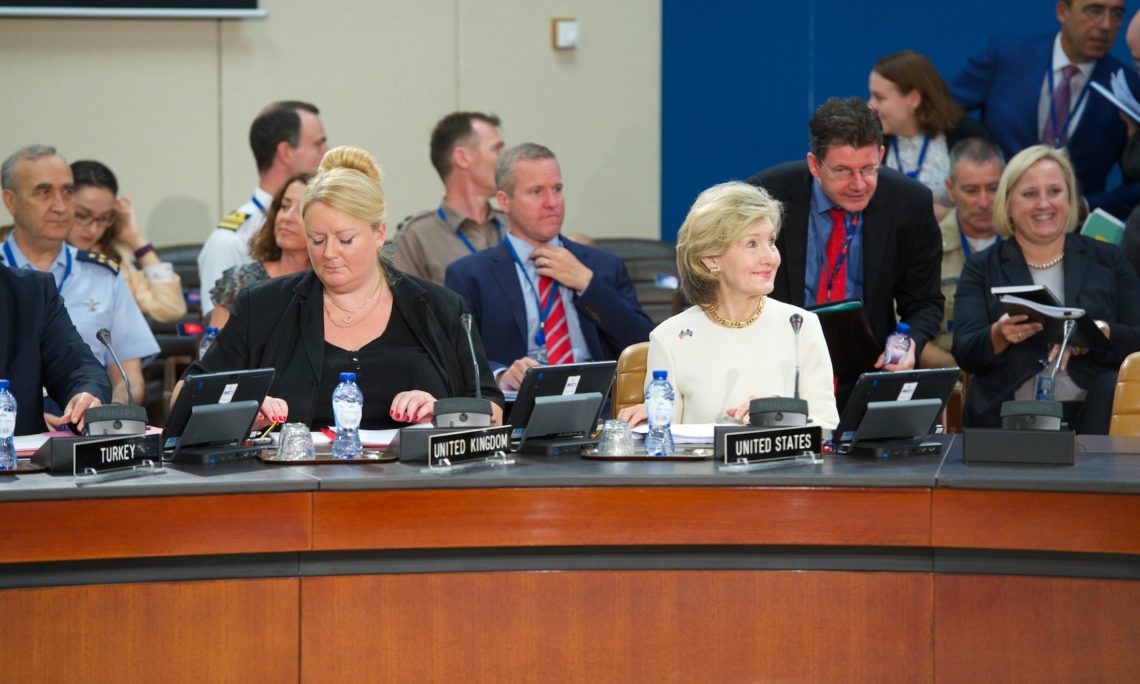 Today’s NAC statement on the INF Treaty shows once again the solidarity of the United States and our NATO Allies on speaking to Russia with one voice about its dangerous and destabilizing behavior. Our Allies reaffirmed that the U.S. is in compliance with our obligations under the INF Treaty and that Russia’s behavior raises serious concerns.

For the last four years, the United States has sought to engage the Russian Federation on its ‎INF Treaty-violating ground-launched cruise missile system—at multiple levels, in multiple venues, and on multiple occasions. Despite these efforts, Russian officials have refused to engage constructively with the United States.

Today the 29 nations of NATO, led by the United States, reiterated that full compliance with the INF Treaty is essential to strategic stability and our collective security. Our shared goal is to preserve the viability of the INF Treaty by Russia returning to full and verifiable compliance with its Treaty obligations.

For our part, the Trump Administration remains committed to upholding our obligations under the INF Treaty. We continue to value the Treaty as a pillar of international security and stability, not only between the United States and Russia, but also for our allies and partners around the world. The United States takes its arms control obligations very seriously and will not cross any thresholds that would put the United States in violation of the Treaty.

We are doing our part to address any questions regarding our compliance with the INF Treaty in a transparent, substantive, and constructive manner. It is up to Russia to do the same.