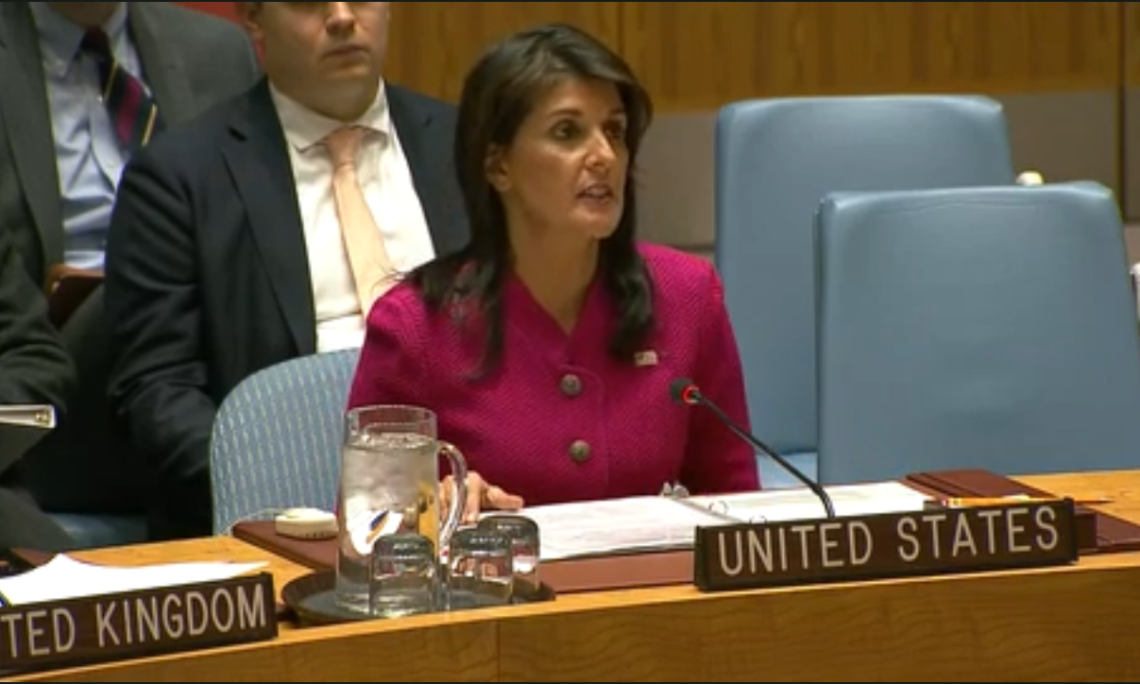 Ambassador Nikki Haley, U.S. Permanent Representative to the United Nations, delivered remarks this afternoon at a UN Security Council briefing on an Organization for the Prohibition of Chemical Weapons (OPCW) report on the chemical weapons attack in Salisbury, United Kingdom.

“Last week, the Council met five times to discuss the chemical weapons attack in Douma. Today, we are here yet again talking about chemical weapons. This time, it’s about a military grade nerve agent used against two people on British soil. In the constant push of meeting after meeting here in this chamber, it’s easy to lose track of what this means. We are rapidly confronting a frightening new reality. If chemical weapons can appear in a small English town, where might they start appearing next?”

“I will not engage in an argument over self-evident facts. I will not trade accusations of shameful behavior with those who have no shame. I will not waste this Council’s time. I will say only this: the Organization for the Prohibition of Chemical Weapons has released an independent report that confirmed the United Kingdom’s lab analysis of the toxic chemical that was used in Salisbury. Three people were seriously injured. Hundreds were exposed. This act was brazen, and in complete defiance of the international consensus against the use of chemical weapons. As we have stated previously, the United States agrees with the UK’s assessment that Russia is responsible for the chemical weapons in Salisbury.”

“There is nothing more troubling than the idea that the use of a weapon of mass destruction becomes routine. Last year it was Malaysia and Khan Sheikhoun. Last month it was Salisbury. Last week it was Douma. If we don’t come together – soon – and take a firm, unequivocal stance against this deadly trend, the next attack will come. And it could very well come closer to home for one of us.”