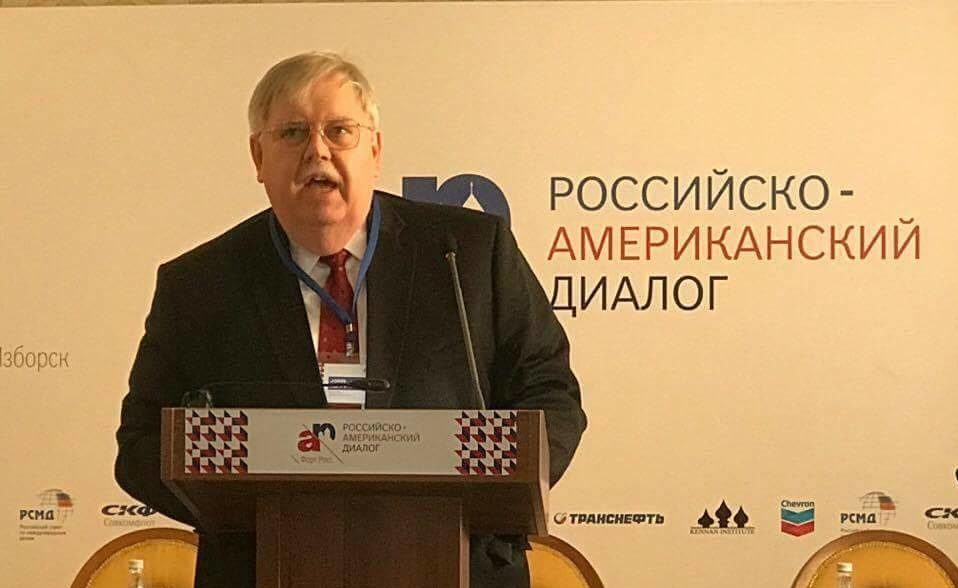 While much of today’s discussion will focus on the energy sector, I would first like to broaden the aperture a bit to cover the importance of trade and investment in any bilateral relationship.  As this conference is dedicated to Fort Ross, we should remind ourselves that the Fort itself was originally established for one purpose: trade.  While there are many in this audience who are far more informed than I am on the Fort and its history, I understand that the Russian American Company originally created Fort Ross to increase agricultural production and trade, taking advantage of the excellent climate in what is now the famous Sonoma County in California.  Fort Ross’s origins remind us all of the fundamental role that commerce plays in bringing people together – through mutually-profitable business.

It is no secret to you all that the United States and Russia have faced major challenges in recent years, on a range of issues which I will not cover here.  Over the past month, we have had multiple engagements to try to bridge those differences.  However, we did not get here overnight, and it will take much time and effort to get the relationship to a better place.  As Secretary Tillerson said during his April 12 visit to Moscow, “the current state of U.S.-Russia relations is at a low point and there is a low level of trust between our two countries.  The world’s two foremost nuclear powers cannot have this kind of relationship.”  Secretary Tillerson was also clear that “until full progress is made under the Minsk Accords, the situation in Ukraine will remain an obstacle to improvement in our bilateral relations.  In brief, the Trump Administration believes that the ball is in Russia’s court to take the initiative in order to implement Minsk, which can remove the key impediment towards better relations between our two countries.

Looking at this from a business perspective, we of course recognize that sanctions remain an important part of the calculus of doing business in Russia.  This is the subject of my discussions with many businesses, both Russian and American.  To the greatest extent possible, we have worked hard with our European allies to maintain an even playing field for American firms.  And while we continue to ensure our sanctions policy is implemented in designated areas, we also look for opportunity to grow our commercial ties in non-sanctioned sectors.  Beyond this, we must not lose focus of the pillars of any strong commercial relationship: reducing barriers to trade and maintaining a sound and fair investment climate.

Despite the many issues we face today, it has long been my view that Russian-American business partnerships can form a lasting pillar in our overall relationship.  During my time in Russia as Deputy Ambassador in the Nineties, I spent nearly half my time working to develop – and often troubleshoot – budding Russian-American business partnerships.  I did that because I knew that the linkages we would create then would evolve into a key mainstay in the future.  Whether through luck or foresight, this remains true to this day.  This conference shows the commitment of both sides to get through these turbulent times, with continued trade and investment as one of our mutual goals.

Given the tough years we have recently gone through, it is easy to forget a simple fact: in 2013, our nations did more trade than ever, over $38 billion.[1]  This shows in clear numbers the proven opportunity that trade and investment could have to create jobs and wealth in both of our countries.  Our Economic Section, Foreign Agricultural Service, and U.S. Commercial Service are working with Russian and American firms on a daily basis to improve the general business investment climate, address regulatory issues and impediments to trade, and navigate these difficult times and allow companies to do what they do best – develop long-term, profitable relationships.

Beyond the quarterly results, stock prices, and the day-to-day of business operations, there are three fundamental elements of American business in Russia.  These are seen in the business values, ethics, and work style that have attracted thousands of Russians to work in American firms here.  The American management approach, where each employee’s knowledge, skills, and abilities are appreciated and fully developed as part of a team, has helped foster two generations of Russian executives and entrepreneurs.  Recent data show that nearly 175,000 Russians are working for American companies, and Russian companies employ thousands of Americans.[2]  Indeed, many Russians are now the CEOs and CFOs, and hold other positions of major responsibility not only in the Russian corporate entity, but in the global enterprise.  In the same vein, the intellectual talents of the Russian people have helped American investment in this country grow and succeed in so many ways.  This development of human capital is perhaps the most enduring American investment in Russia – and one that we all wish will continue and expand.

Thank you for your time and I wish you further success in your work.